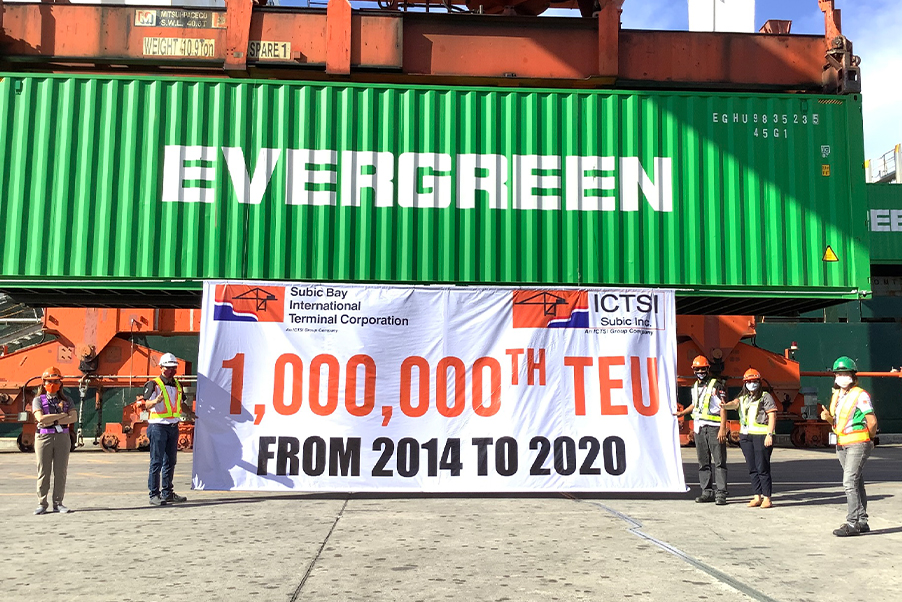 Subic Bay International Terminal Corp. (SBITC), which operates the New Container Terminal 1 and 2 at the Port of Subic Bay, Zambales, has handled one million TEUs in less than six years starting in 2014.

The one-millionth TEU was offloaded from the Evergreen boxship Isobel on 9 April.  Evergreen is one of SBITC’s major carrier partners with regular vessel calls at the Port of Subic since 2017.

SBITC commenced its first full-year operation at the New Container Terminal 1 in 2007; however, volume began to ramp up in 2014.

“Our strategy for the past six years has paid off, with the business maintaining a steady growth as we continue to attract more volume here in Subic. The port is surrounded by naturally deep waters, making it accessible to larger ships, and high-quality road networks for the unhampered movement of cargo across the surrounding regions.  We just needed to build on these strategic potentials in order to realize the opportunities available for the supply chain,” said Roberto Locsin, SBITC President and General Manager. 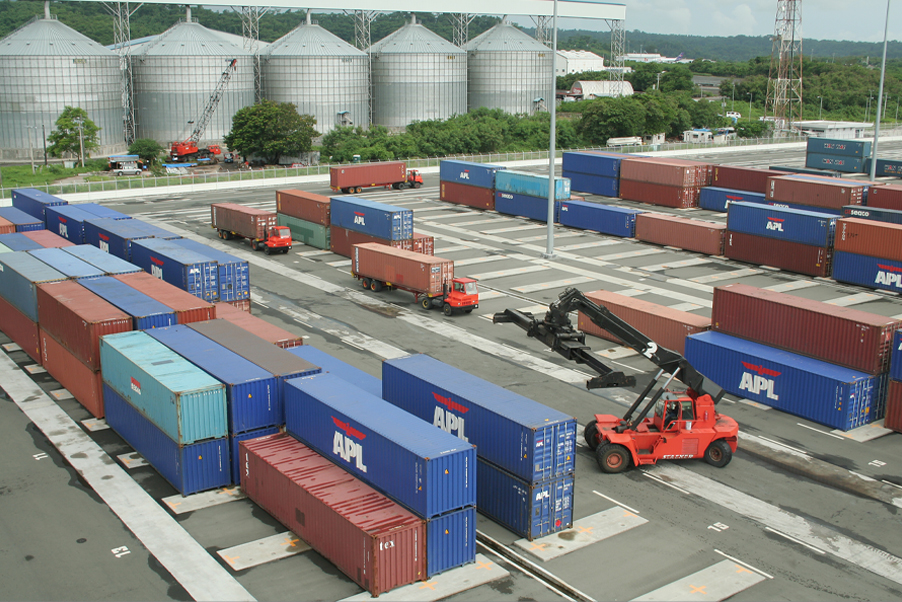 2014 (left) and 2019 photos of SBITC's container yard show a stark contrast in the number of containers.

“Handling one million TEUs is a significant milestone for us and the Port of Subic, as it reflects the successful efforts of SBITC and its partners to establish a dynamic gateway to the growing North and Central Luzon markets,” explained Henry Dungca, SBITC Terminal Manager.

Market development in Central Luzon served as an impetus to the organic business growth from one carrier which positively contributed to the handling of one million TEUs.

SBITC opened a one-stop shop in 2015 to fast-track documentary transactions at the terminal.  Housing the Bureau of Customs and the Subic Bay Metropolitan Authority offices in one location, the one-stop shop reduced the need for port users to transact in different locations across the freeport zone and shortened the average processing time to a mere four hours.

To add more value to its services, SBITC opened the first on-dock container freight station in Central Luzon that caters to international cargo. The multi-user facility, which can serve as a regional distribution center, can stuff and strip eight containers simultaneously to speed up delivery of cargo. SBITC has plans to offer drop ship and order fulfillment to the market.

Last year, SBITC augmented its equipment fleet with six rubber tired gantries (RTGs) in response to the growing volume. The integration of RTGs improved the terminal’s static capacity by 27 percent and improved its overall efficiency.

Handling increasing volume and sustaining the business growth over the years, SBITC emerged as the ICTSI Group’s 1st runner up at the Chairman’s Cup in 2018 and secured the top spot in 2019.  The annual Chairman’s Cup recognizes the top-performing terminals in the ICTSI Group based on growth, volume, revenue, EBITDA, net income, improvements in operating leverage, and free cash flows.